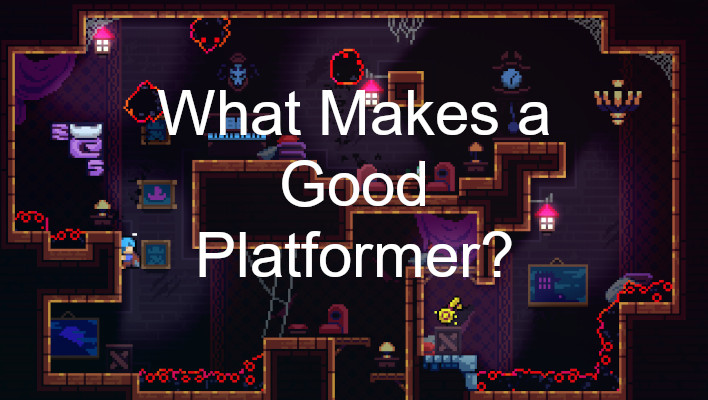 Platform games are considered one of the best and popular game types in the gaming industry. They can be played by anyone and they give a lot of fun and enjoyment to the gamers. The player can jump from one platform to another, collecting diamonds and other collectibles and killing all the monsters on the way.

Platformer is a video game genre characterized by jumping to, over, and along with obstacles. Platformer games typically involve jumping on platforms, dodging enemies, and negotiating varying obstacles. The player typically controls the jumps to avoid letting their character fall to their death or fall into a bottomless pit.

Platformers are a kind of video game that is similar to a side-scroller. Most side-scrollers have the character moving completely from left to right, but a platformer allows a character to move up and down as well. Platformers generally feature enemies and hazards and can be played with one or more players.

Simplifying the UI for platform games is important, but it’s equally important that you create the best possible experience with the most minimal of features. The user interface should be treated critically like any other game mechanic. If the interface is not simple, you will often interrupt your game progress or think very strange when playing.

A good platformer is a video game that has a simple interface. The player would have a series of things to do on a screen. There could be a character who the player controls, an enemy, or a goal. The difficulty of the game comes from getting from one side of the screen to the other while avoiding the enemy and collecting coins.

The UI should be simple enough, at least after reading instructions. It’s a skill to create a simple user interface in a platform game – it’s obvious that platform games are about jumping around the jungle, collecting things and fighting monsters, not picking things from menus or thinking about interfaces.

The collision boundaries are the limits of areas where you are allowed to touch. It separates the structure from the player himself. As it affects both the precision of landing jumps and navigating safely through an environment, it is very important to make sure these boundaries are always clear to see.

Many games do simple things like paint the area where the collision occurs red or change the texture for that area. In most platformers, there are two ways to determine collision boundaries. One is what most people think of as a “platformer”, where it has a grid, and the blocks on that grid have “dead space” that can’t be walked through.

The other method used in games like Super Smash Bros, where collision boundaries are set per screen, making them more accurate per step taken, but creating a “floating” effect if you’re jumping from one platform to another. A big part of making a platformer fun is giving the player a feeling of traveling smoothly and naturally.

For example, the momentum we feel as we run down a hill and try to stop at the bottom. Or when we jump and fly through the air until something meets us and stops us, like a ledge or an enemy. In these situations, it’s important to know where those boundaries are so that you can tell what’s going on from moment to moment.

Good Controls and Easy to Play.

Control is important in any game, but it means even more in platformer games. If you stumble in an action game it doesn’t matter much, but when you stumble into a platformer game it can be the end of your adventure pretty quickly. So it is crucial to develop a game with good controls.

Great controls are very important for gamers because you want to make your game better. the only way to make it better is to fix controls, they are the most important part of the game, they affect gameplay a lot. controls are challenging for developers, but less challenging if they do it right.

A great control system makes everything easier. You can control your character, shoot enemies or jump over them. One of the most important things about controls is that they allow you to do everything you want to do easily so that you can concentrate more on your gameplay.

Provide plenty of power-ups and collectibles

Make sure there are plenty of power-ups and collectibles. It’s good to give the player lots of opportunities to earn more powers or find collectibles because this makes it satisfying when they do. However, providing all of these options shouldn’t take away from the core experience.

The essential element of a good platformer is to provide power-ups and collectibles because these give a better experience for players. If there are so many collectibles that the player has to spend time hunting them down each time then they might get frustrated and miss all of the other elements that you’ve worked hard to introduce.

Collectables and power-ups are one way of making a platformer more attractive and adding replay value to your game. However, you need to use them in moderation. Some games such as Megaman X4 and Ratchet and Clank 2 have too many collectible bits that it clutters the levels and makes the player confused.

Best platformers are always about the power-ups. There has to be a reason for collecting them, other than getting the additional points. Otherwise, it’s just pointless collecting. What makes a collection useful is that players usually don’t need to use it immediately after they get it.

In platform games, power-ups and collectibles (usually called “items”) are incredibly important. Not only do they make the gameplay more enjoyable and varied, but they also give a strong incentive to keep playing. For example – power-ups and items can provide such as extra lives or any kind of bonuses that affect gameplay.