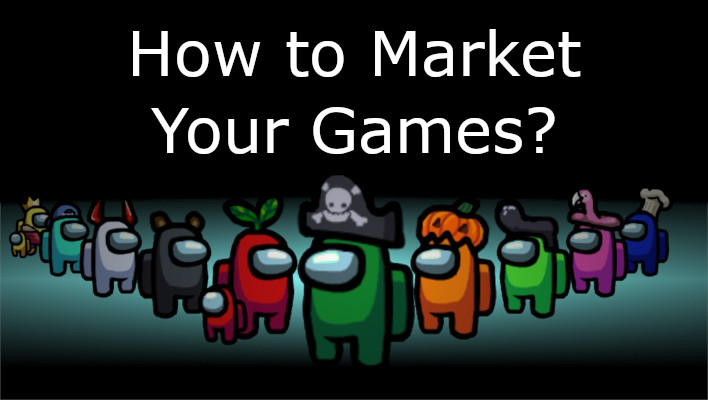 Marketing indie games is not difficult, but it certainly is different from marketing triple-A titles. Still, it isn’t all that much different than marketing any other product or service. All you need to do is to follow the five Ps of marketing – Price, Product, Placement, Promotion, and Packaging.

Promotion is probably the most important. Make sure it stands out on shelves or google searches. Promotion can be found anywhere from social media to before the game is even out. Make sure you have a good product. If they love your game then they’ll tell their friends about it.

Marketing indie games is a delicate process. There are so many strategies to utilize, but you have to choose carefully. Some strategies will work great for some people, but not for others. It’s more important that you understand why you are using one strategy or another over how it works on its own.

Marketing an indie game can be a challenge. Whether you’re doing it by yourself, or with a tiny startup without any budget, you still need to get your game noticed. Social media allows you to reach players all over the world and this is an advantage that indie games don’t have.

The first step is to spread the word about your new game on all of your social media accounts. Also, send a press release to all the popular gaming news sites. This way you will reach many people who are able to post information. You can promote your game and get your audience interested through social media.

App Store Optimization, ASO for short, is the process of optimizing your app to rank higher in the app store. As there are 100’s of thousands of apps on the app store, every detail counts! So if you can make it to the top of page 1 for keywords you’ve picked out, even better!

In a nutshell, it is the process of improving the visibility of your app in app stores. Not required, but a nice thing to have if you have an indie game or app you want more downloads on. Now why is this important? Think back a few years ago, remember those apps that took over the top charts?

ASO is one of the best ways to boost your app ranking and get more downloads. Don’t waste time! Try these tips and tricks which will give you a boost in your game’s ASO, in no time. This is the ability to use keywords in a way so that people will find your game when they search in Google Play and App Store.

Focus 100% on your soft launch. Stop working on new features after your soft launch and put all your energy into making the most out of it. It’s hard to know when to stop adding new features and start focusing on marketing, but you should always err on where you can gain more traction later than early on.

There’s a good chance that even if you add more features it’ll be overshadowed by the fact that you’re capping at a certain player count before players move on to a flashier game. So while you might get a burst of downloads from new features, It’s better to wait until you have millions before releasing huge updates.

Leverage the power of word of mouth

If people don’t know about your game, they won’t buy it. That’s why word of mouth advertising is so powerful for developers, if a friend likes your game, they will recommend it to their friends. You have to have a strategy for making the most out of every player experience.

Indie games are everywhere, but getting noticed is the challenge. Word-of-mouth is still the number one driver of sales, and a great first step to getting customers to take a chance on a new game is a recommendation from a trusted blogger, journalist, friend, or colleague.

Marketing indie games is a small industry, so there’s no reason why you shouldn’t get involved. Cross-promotion with other games is a great way to get your name out there to people who wouldn’t be looking for you otherwise. Lots of developers around the globe are extremely friendly and happy to help out anyone in need.

Don’t be afraid to approach people. Everyone will start as strangers, but just relax, talk about whatever you’re working on, and offer any help that they may need. It’s a great way to reach new people without spending any money. Leveraging one game to promote another has worked for decades; now you can do it too!

Google Ads is a great way to target your desired players on mobile devices, however, Google doesn’t allow you to do this using the normal Google Advertising Console. They have their special tool called Universal App Campaigns that allows you to run ads across these 3 networks with a single campaign setup.

Google has allowed developers to advertise their apps on the Google Search Network. This includes Google Search Ads, the Google Display Network, and now they even allow ads in Gmail! Also, Google opened up another advertising channel for developers & UAC.

Become active on forums and communities

Getting active on forums and communities is the most important thing for marketing your game. Post updates that give people an idea of what you’re working on, and don’t be afraid to post references to your game. Don’t expect immediate results on this one! Promoting your indie game takes time, but being engaged with the community around it can pay off.

Keep posting updates free from broken links to give people an idea of what you’re working on, and don’t be afraid to throw up a few references to your game. This method will take time to work, but the results will always be worth it. As a bonus tip, commenting on other indie games can make a difference!